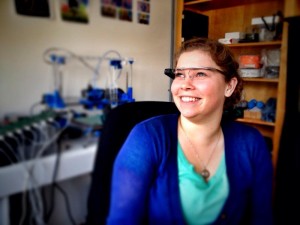 I have referenced the Did You Know? (also known as Shift Happens) video before on this blog. It’s one of my favorite discussion starters, when talking with educators about technology integration. I use the video at least five times a year, and the resulting discussion and buy-in is always jarring.

But the video was originally made in 2008 and, even though it had been updated by various people as recently as 2012, there were still some glaring errors. This year, I decided to update the video myself. This wasn’t too difficult, thanks to the original creators, Scott McLeod and Karl Fisch, who made the video and all the source material available under a Creative Commons license. I was able to verify some of the original data, update a lot of it, and add some new information that I think flows well.

I’ve posted the video on YouTube under a Creative Commons license, so anyone is free to use or modify it. On this table, I’ve listed the facts from the original video, the updated facts, and the sources for the new information. I’m hoping to update the video annually, so please comment with any questions, comments or sources of new information you think should be included.

If you or your students would like to update or modify the video, you can find all the source materials in this Google folder.

Here’s the updated 2014 version, which you can also find on YouTube: